Perhaps the experience witnessed by most was a woman, known as Martha, who is remembered as being dressed in a flowing white gown with a high collar.  In the 1970's a fire broke out in The Barnstable House and smoke was billowing from the third floor windows.  Three fireman claim to have seen her in the window, went to rescue her, and she was nowhere to be found.  Another witness reported seeing her standing toward the rear of the parking area after the fireman searched for her.

Captain Graves was yet another sea captain to reside in The Barnstable House.  The cause of his death is unknown but there have been reports of his presence in the cellar. 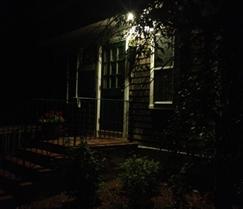 Edmond Hawes was a onetime owner of the house who hanged himself after losing his entire fortune with the conversion of Continental Currency to our modern day dollar.  He shortly thereafter, hanged himself from a nearby try and the presence of his ghost has been felt by some.

The most notorious entity of The Barnstable House is Lucy, a ten year old child.  It was common in colonial days to build your homestead over a fresh running water source or spring. It is said that Lucy was playing with a blue ball in the cellar which rolled in to the spring running beneath the property.  Trying to retrieve her ball, Lucy tragically drowned.  It has been reported that Lucy has been seen both skipping around the dining room when the property was a restaurant, while others have reported seeing her with a blue ball.

Lucy's Mother was remembered as being hopeful about her child's return.  She apparently still waits quietly, rocking back and forth in her rocking chair.  While some reports have witnessed a chair rocking on its own in what was formerly known as the "blue room", the New England Society of Paranormal Investigations recently recorded an EVP of a woman softly humming in the third floor attic.